I’m standing in the kitchen looking at what seems to be one of my greatest achievements in life. Well, I am sure it is not, but this is what it feels like.

What am I looking at, you will ask dear reader.

A boneless chicken, stuffed, neatly rolled and carefully secured with string (which I do hope is the type of string which can be used in cooking, but that is something I can worry about later). The beauty of it, apart from the fact that I hope will taste like heaven, is that until a few hours ago this was a whole chicken. Laugh not dear reader, this is my first time deboning a whole chicken and as I’m writing this, I still feel ridiculously proud of myself. Yes, pushing your boundaries and daring to do something which seems so intimidating is what makes life exciting, to say the least. Even if that “something” is simply removing all bones from a chicken. We all have to start somewhere. I started by touching and squeezing the chicken so that we get better acquainted before the operation. I wish I could tell you that it was as easy as the simple steps described in my cooking bible: Dislocate each leg; remove the wishbone; breast side down, cut the centre of the backbone from neck to tail end; scrape away the flesh on each side of backbone cutting into the bird to expose the ribcage; pull rib and backbone from the flesh of the bird; scrape away the flesh from each thigh bone and cut away the bone at the joint; scrape all flesh away from the wings up to the first joint; remove the exposed wing bone by cutting away the rest of the wing at the joint; cut away the tendon from each fillet and breast; stuff and roll.


I also wish I could tell you it didn’t take me a whole hour (possibly more if we are being completely honest) to remove all bones, sweating like I was actually jogging around the chicken, only managing to locate the wishbone after the first twenty minutes (eh, could have been worse I imagine?), my slippery hands trying to detach the bones from the meat and not to tear the skin underneath, realising that I actually had to think so as to find the front side of the bird (damn you city girl), and that I had clearly not read my book properly, as I found myself bewildered by the presence of what looked like white strings which were impossible to remove (tendons, I now know). Not to mention that I should have had nearby a bowl for the bones which I removed, instead of moving up and down the kitchen with a piece of bone in hand, to reach the pot in which they would later become stock. Or simply move the pot next to me now that I think about it.

Wondering how on earth did this process seem so simple when I was reading it that same morning, after the expected blood (as I accidentally cut myself), sweat (a lot of sweat dear reader) and tears (almost cried over the poor bird), I was finally looking at…well…a flat piece of chicken, which, after I fondled for an inappropriately long time, I was convinced was bones-free. That said, I was still very proud of myself, laying slices of prosciutto, smooth mascarpone and ricotta cheese, aromatic fresh basil and salty graviera cheese. 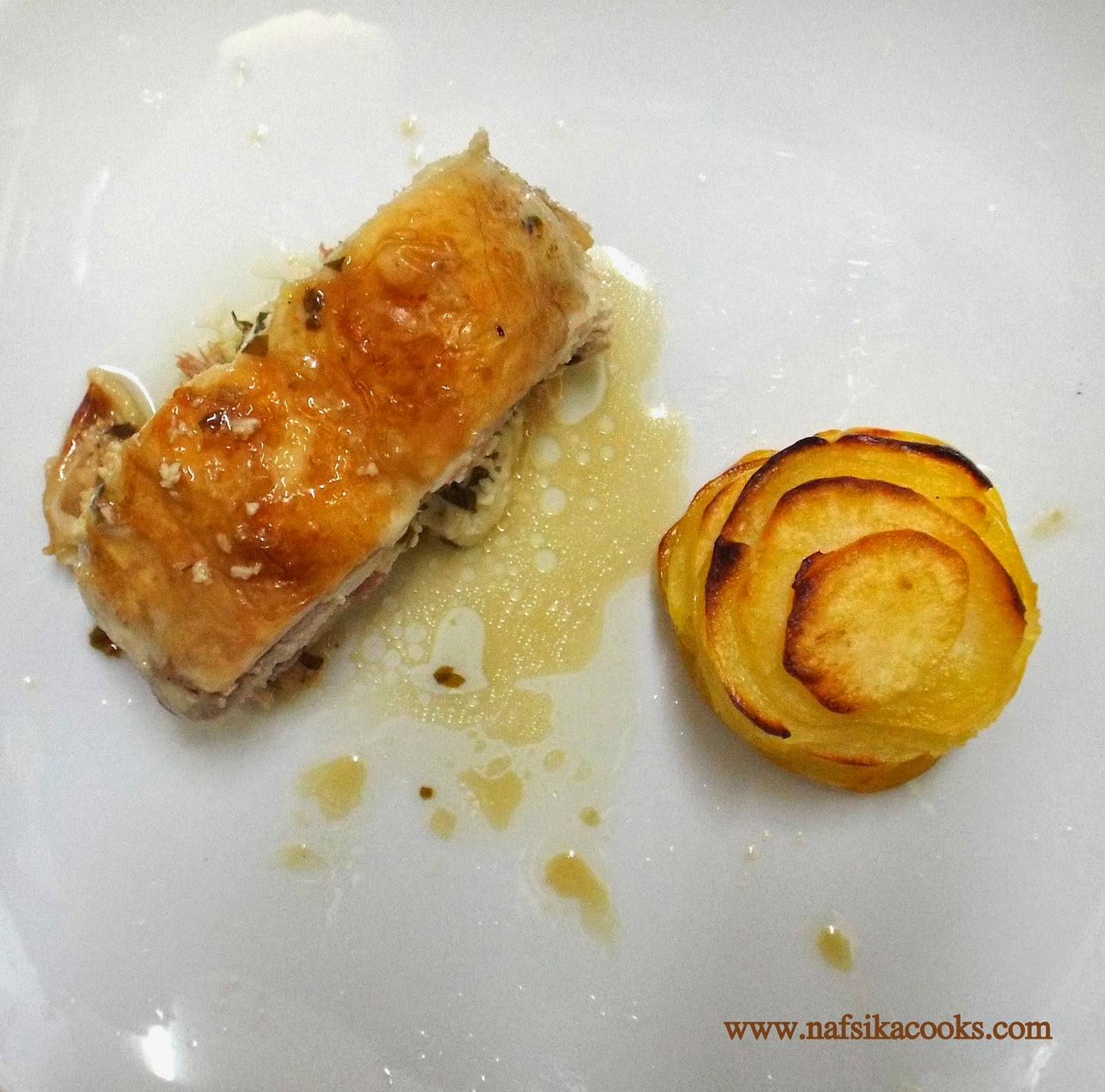 Later that day, I served the chicken at an anniversary dinner, in awe at the fulfilment I was feeling having created this wonderful dish (let’s be honest, I was actually proud because the chicken did not fall apart and no bones were found). But mostly I was in awe at this couple for whom the chicken was prepared, who have been married for 37 years and still look at each other like they just fell in love.

Mum and Dad, I only hope that one day I can share the same look with someone after having been together for what seems like an eternity.
Happy anniversary!