So by a magical turn of events this autumn, I started cooking professionally at a posh Greek restaurant. By a “magical turn of events” I mean more…sitting in front of the chef I admired, explaining passionately why he should let me into his kitchen, describing my love for food and, most importantly, finding the courage to fight my internal fear of even asking him to meet me, and just talk about who I am. Did I have vivid images/nightmares of him and everyone else at the restaurant pointing at the inexperienced girl and laughing at me? Sure. Did I want to crawl into a hole and hide and cancel the meeting with him as I walked to the restaurant? Definitely. But I needed a job and having spent my entire adult life in jobs I hated or didn’t care for, I just couldn’t stand the idea of doing anything but cook. Plus it had always been my dream to cook professionally and, especially, to cook for him. So fear aside (still don’t know how this happened), I entered the restaurant and started talking and talking and talking. He seemed rather amused. 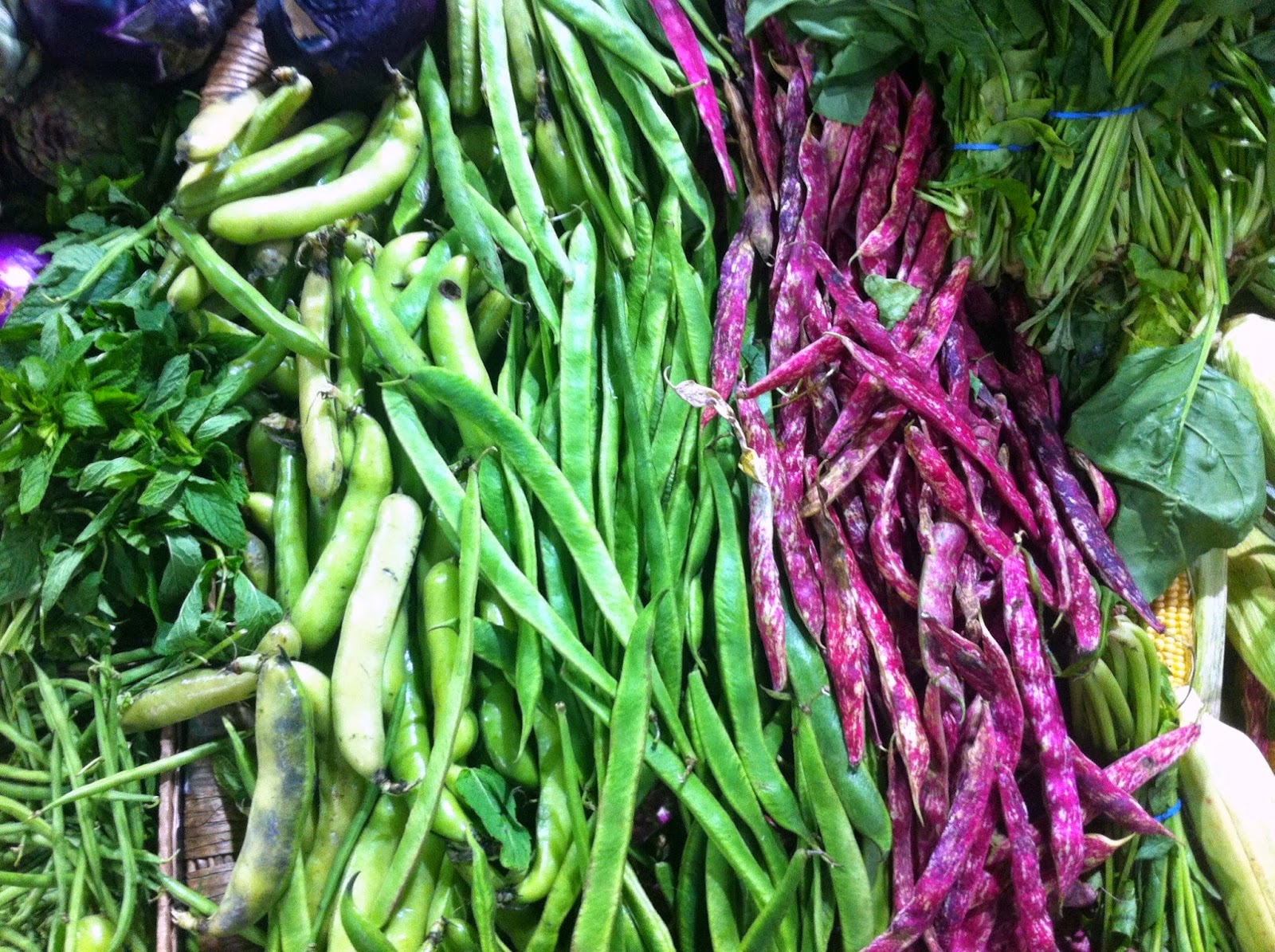 But he must have understood what I meant, because he agreed to try me out. So, after jumping up and down in the streets of the city center for at least half an hour after receiving his call, and after an evening of chef’s clothing shopping with Mr N, I found myself buttoning up a chef’s uniform, looking at my reflection in the mirror and feeling in awe. Scared, excited and peaceful at the same time. Entering the kitchen, the sous chef said: you are very stressed, aren’t you? Very, I replied.

When the fellow cooks (chefs? I’m still not sure how to call us) asked me how my first day was, my response was: Well, I didn’t cut myself (blood splattering all around the white spotless kitchen wouldn’t make a great first impression) and I didn’t cry (vivid images of me being shouted at and my cooking skills being ridiculed would cause that), so I said, it was a successful day. And it was a successful trial period, because ignoring the pain in my e-n-t-i-r-e body during the first week and a half, I did manage not only to stand the heat in the kitchen, but to actually get an offer for a proper job.

Almost four months have now passed and my daily life is already infused with the restaurant way of being. Whenever I eat out I try not to order at the same time as another table so that they don’t suffer in the kitchen; when I am moving inside the house I shout “behind you” to my confused parents; once, in the shower, there wasn’t much shampoo in the bottle and I found myself mumbling “damn those squeezer bottles, they are so unreliable!” (trauma from the effort to create a perfect line of butterscotch/chocolate cream, using an “uncooperative” squeezer), and today, at home, as I was transferring loose black tea to a tin, I was actually looking for a gastronome to put underneath so that it doesn’t create a mess on the counter. Talk about sweet paranoia. 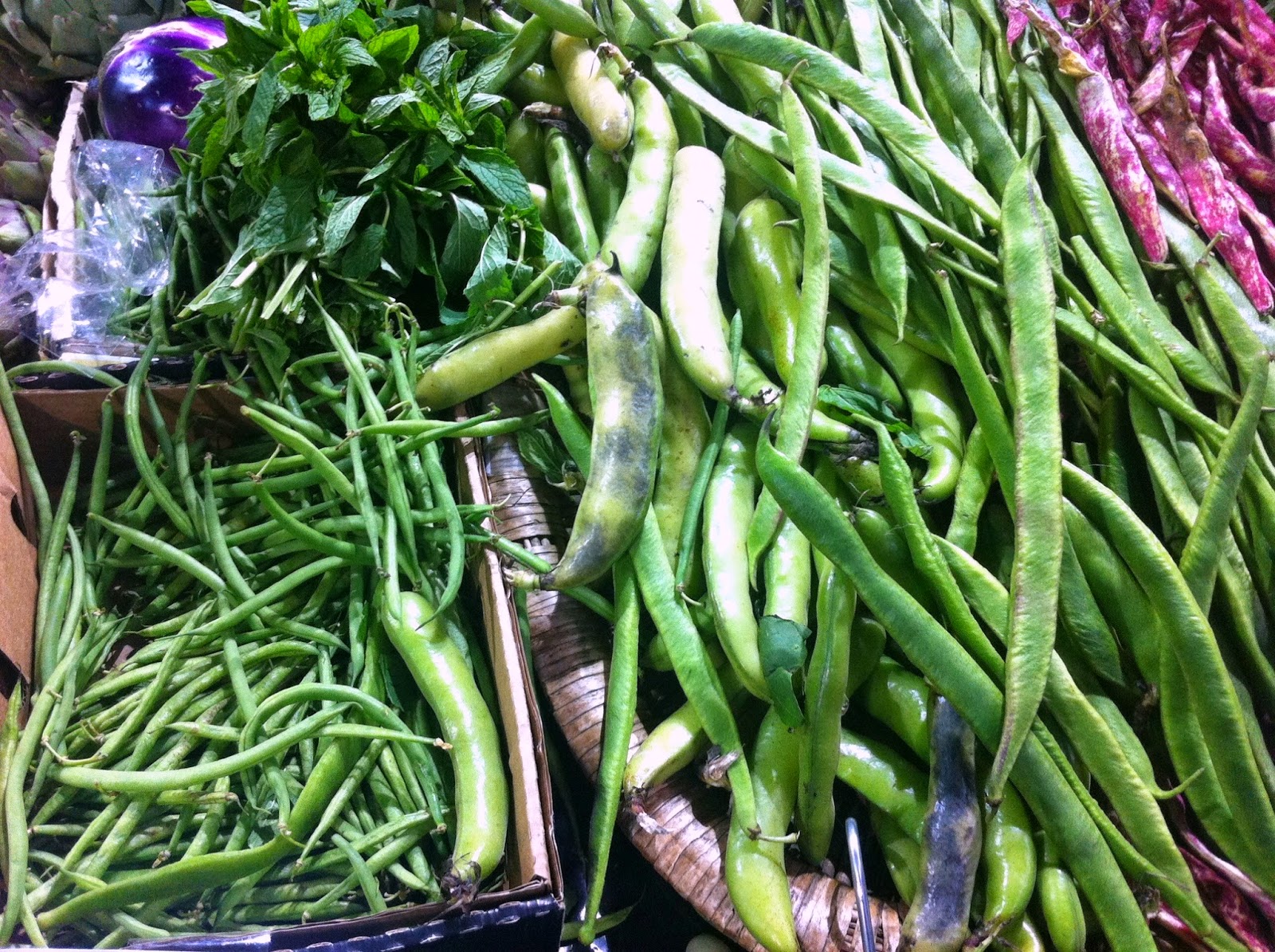 During these four months I managed to injure and burn myself in the silliest ways, like when I tried to open a sous vide plastic bag with a knife and then cutting deeply my left index finger. I did try to appear composed and not to faint in front of the “veterans” who didn’t even blink, while the blood wouldn’t stop running and I was completely freaked out. And then you have someone who is practically a stranger, sitting you down, taking care of your bloody finger with a care similar to a parent’s, telling you with a smile that this, apparently is nothing and then returning to work because well, you have food to prepare and customers to feed. I also burned myself with a hot cream boiled with sugar, as I grabbed the metal container it was in, burning my fingers and somehow instead of putting it down, I started moving the container, all the hot cream spilling all over my left hand, excruciating pain making me scream “hot, hot, hot, I’m burning”. And, after a fight with the chef because the dish I had prepared wasn’t good enough, I rushed down the stairs, trying not to cry, slipped and landed on (and hurting) my ass, the plate breaking on the floor. Talk about embarrassment. Are you ok, the sous chef asked? I’m fine, I said, trying to salvage my pride when all I wanted to do is remain on the floor and start crying. So you can work tomorrow, yes? He said. I laughed.

But, physical pain aside, working in the kitchen can also be an emotional hell. Especially as you move from the all-I-do-is-chopping phase to having actual responsibilities. It is then that expectations rise and I spent a great amount of time showing up at work extremely stressed and trying to manage getting shouted at for every single plate I prepared: Not enough salt, too much vinegar, not enough sauce, too much sauce. But damn it, he was always right, the chef, on all his observations and that is the hardest part, because all the comments, even if expressed in a very dramatic way, are so accurate and somehow deserved. That said, never in my life did I believe that a 33 year old woman, who has survived the corporate world, would ever appear not in control in front of the entire kitchen. But as the chef shouted and shouted at me, over a non-creamy and airy cheese spread, I found myself breaking in tears and, leaving him mid-conversation running outside in the street, in my uniform, weeping and asking strangers for a cigarette to calm my nerves.

But I am discovering that this experience is shaping my character in ways I could never imagine. And there is an inner piece that comes with that. I have now stopped looking constantly for external affirmation. I am trying not to expect perfection in everything I do and celebrate the small victories. Like when the chef prepares a soup and hands you, only you, a spoon to tell him if it needs more salt or if the spices are ok, and at that moment you know you’ve somehow evolved. Evolved from a banker to, hell, a chef.

My, until today, very delicate thin fingers are now constantly swollen; they have scars that I am secretly proud of; I haven’t painted my nails in four months and I almost always smell like fried oil; I am struggling so much trying to cope with my research and the 60 hour work weeks and I often wake up unhappy (welcome burnout).

But every day, as I stand in front of my green chopping board, slicing in half the blanched green beans which will later become a fascinating salad, trying to work as efficiently and as fast as I can (apparently there’s a fine balance between speed and perfection dear reader), my hands and eyes focusing on the task at hand, I can feel my mind drifting, the noises around disappearing and I come in contact with a deeper part of my soul that I can only access when I cook. I’m trying to explain that to my fellow cooks who often talk to me and I am lost in my own world. Most of them find it (and me) bizarre, I think. How I don’t mind how much “heat” there is in the kitchen-lots. I need this heat to have a balance in my currently slightly unbalance life. And I have to say, of all the jobs I’ve done, this is - hands down - the most fascinating one.