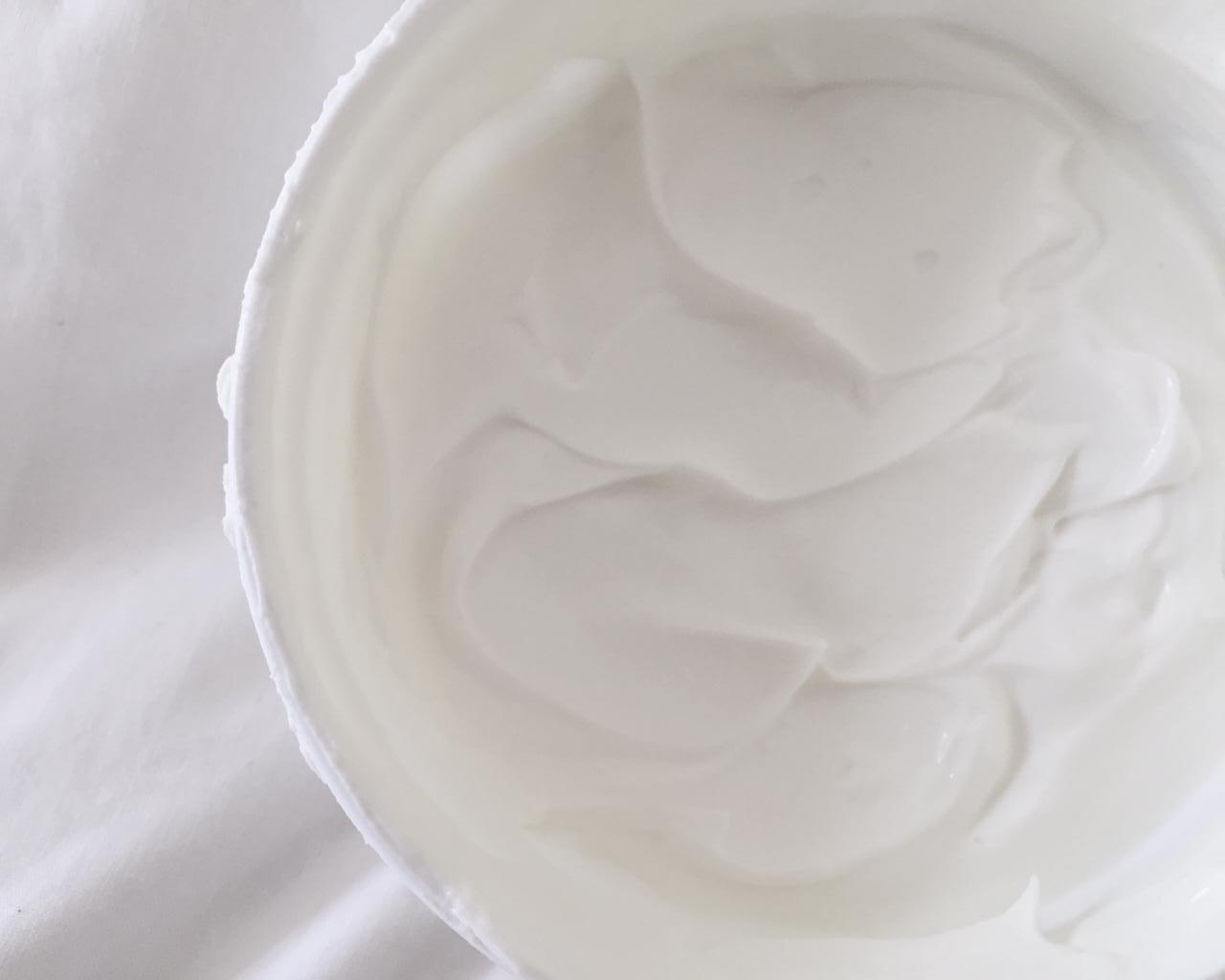 I went to bed early last night and woke up a little after four in the morning. I twisted and turned for an hour or two, and then realised that the only way I could go back to sleep was if I ate something. I walked into the fridge looking for something soft, my naked feet touching the cold floor. I put a few tablespoons of yoghurt in a teacup. I crawled back into bed, my feet warming up again under the duvet.

I sat there in the dark, eating the yoghurt, spoonful after spoonful letting it sit on my lips before licking it off. It was so silent, you could only hear two birds twitting outside, maybe it was one bird, maybe it was more, I’m not sure. There was the occasional car, but that was about it. I sat there in the dark, listening to the birds outside, my mouth full with what felt like cold velvet. I do not know why, perhaps it was the silence and the birds, perhaps it was the darkness outside, perhaps it was that I fed myself like I would feed a child, but I felt grounded there, with the white yoghurt in my mouth, comfortable to be who I really was, without the guilt and embarrassment that usually accompanies the darker shades of my existence. These were there and I could tell, but they were somehow calmed down by this thick, creamy whiteness that was now on my lips. I wanted to stay there, lay in my bed, licking this yoghurt, feeling safe and, healed. The white duvet on my legs reminded me of white hospital beds, and I felt like someone waking up in such a hospital bed, days after the operation, months even, years, being served this yoghurt and realising, that this is the first moment in days, months, years that she is not hurting anywhere. It was soothing. I ate the yoghurt slowly, letting it linger in my mouth before swallowing.

I wondered if the sun would rise soon, and thought of the sun setting earlier that evening, turning the blue of the sky darker and darker and darker, as if a line of crayons set side by side, first the light blue, then this blue, the other blue, blues have so many colours. I was on a couch, listening to music from a record player, and I wanted to stay on that couch, in that little corner of the couch that my body occupied, with my legs close to my chest, my body then relaxing, feeling no tension, feeling calm. I wanted to stay there on that couch, I didn’t want to move and fuck, I didn’t want to move and leave, I wanted to stay in that moment when, there too, I wasn’t broken, when I was just a girl, sitting on a couch, talking about her existence, feeling unadulterated from the past.

I wanted to stay on that couch at sunset and on that bed at sunrise, for days, weeks, months, years, or perhaps, just for a moment that seemed to last forever. I wanted to live in that moment, where I felt not like the old me, not like the future me, but simply like me, that moment, as the sun was setting or rising, that moment when light and darkness meet and for a few seconds they are both so balanced and the world is at peace.

As blue light came in from the shutters, I looked at the first signs of the new day, licked the last yoghurt off the cup and fell asleep, feeling healed.