The older I get, I like my cows younger and younger, he said with a smirk on his face. She took a bite out of her steak, a steak that once was, a very young cow. She tasted the soft flesh, tender in her mouth, like a young girl’s innocence before the world starts taking it away. She did not really understand tender, young cuts of meat, nor men’s fascination with them. It had to do something with fleeting youth, the idea of death, life, perhaps experiencing life again, this time through a young’s eyes. That I know, she thought, even though deep down she knew that she really had no idea. But as the tender flesh near melted in her mouth, she got a glimpse of what he meant. You should have the veal, he’d suggested earlier that evening. So she wore her blue dress, the dress that made her feel beautiful and cheap at the same time, and went for the veal. She was sat at a table by the window, with a crisp white linen tablecloth and silver cutlery. A quiet table she’d asked. She loved dining alone. She hated dining alone.

The older I get, I like my cows older and older she thought, and smiled as she looked at the empty seat at the table across from her. He was not there, but his presence was. There was something about older men that spoke to her, now in her mid life. Older men were never relevant when she was younger. But as she grew older, there was this groundedness, a groundedness that they had, a groundedness which she lacked and that she envied. And needed. She felt almost nostalgic of the metallic taste of blood in her mouth the night before, as her knife run through the flesh of the old cow, almost feeling in her fingers its slaughter, and then finally taking a gluttonous, eager bite. A bite bigger than she could chew, which made her feel slightly embarrassed, as she sat that same table, surrounded by women in expensive dresses and men who bought wine that cost more than her monthly salary.

One always needs an anchor, he’d told her the night before, as they stood next to each other, in silence, feeling the cool, salty breeze on their faces, listening to the sounds of the sea. There was music somewhere around, as passengers were laughing, drinking, and surely not thinking of anchors. She often thought of anchors since then, their purpose. They hold the ship in place so that it doesn’t drift away, yes, she knew that from school. Is this a good thing, she wondered, as she took another bite of the young steak, disliking it more and more as time went by. Why did she dislike it so much? Was the void of the mature taste that she was missing, her own void that became visible bite after bite? Was it perhaps a reminder of her own fleeting youth? What was it that made her resent such a tender piece of pink flesh? Even the colour is wrong, she said to herself thinking of the dark red colour of the beef she knew and loved.

How was the veal, he asked, as they walked together, out in the salty breeze again later that evening. It was good, she could not lie, and there was something he’d said about killing the animals younger that somehow made her feel better. They suffer for less time, he’d told her. It resonated with her. Older men are wise, she thought, immediately feeling the taste of the red, bloody beef in her mouth. How was the veal, he asked again. She looked at him and smiled. The veal was good, she replied, feeling too embarrassed to admit how much she craved that first bite of a mature cow, its resistant at first, and that orgasm-like feeling when the flesh breaks down and your mouth is filled with its dark juices flowing and its fat slowly melting in your tongue. The veal was good. It was the only thing she could reply. 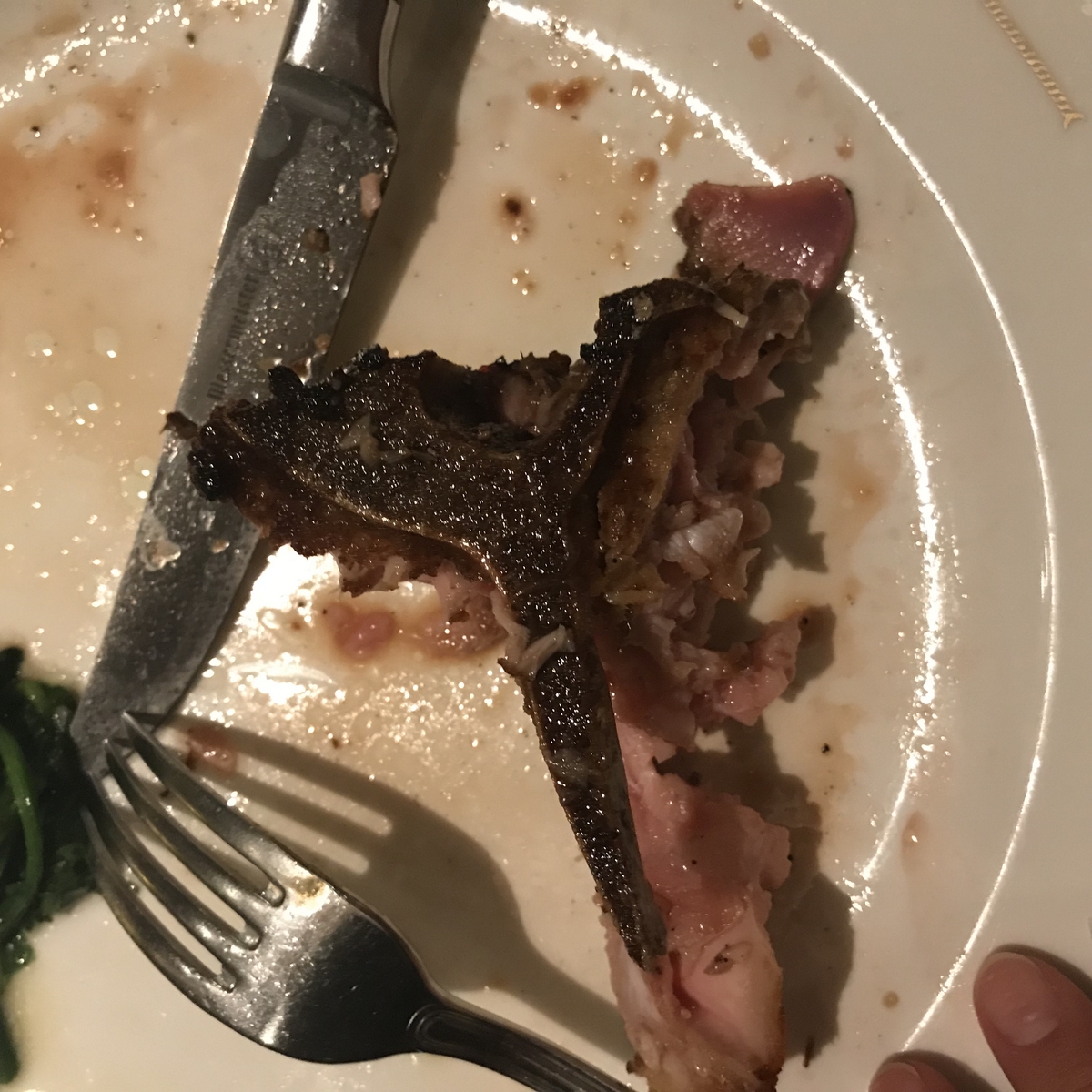